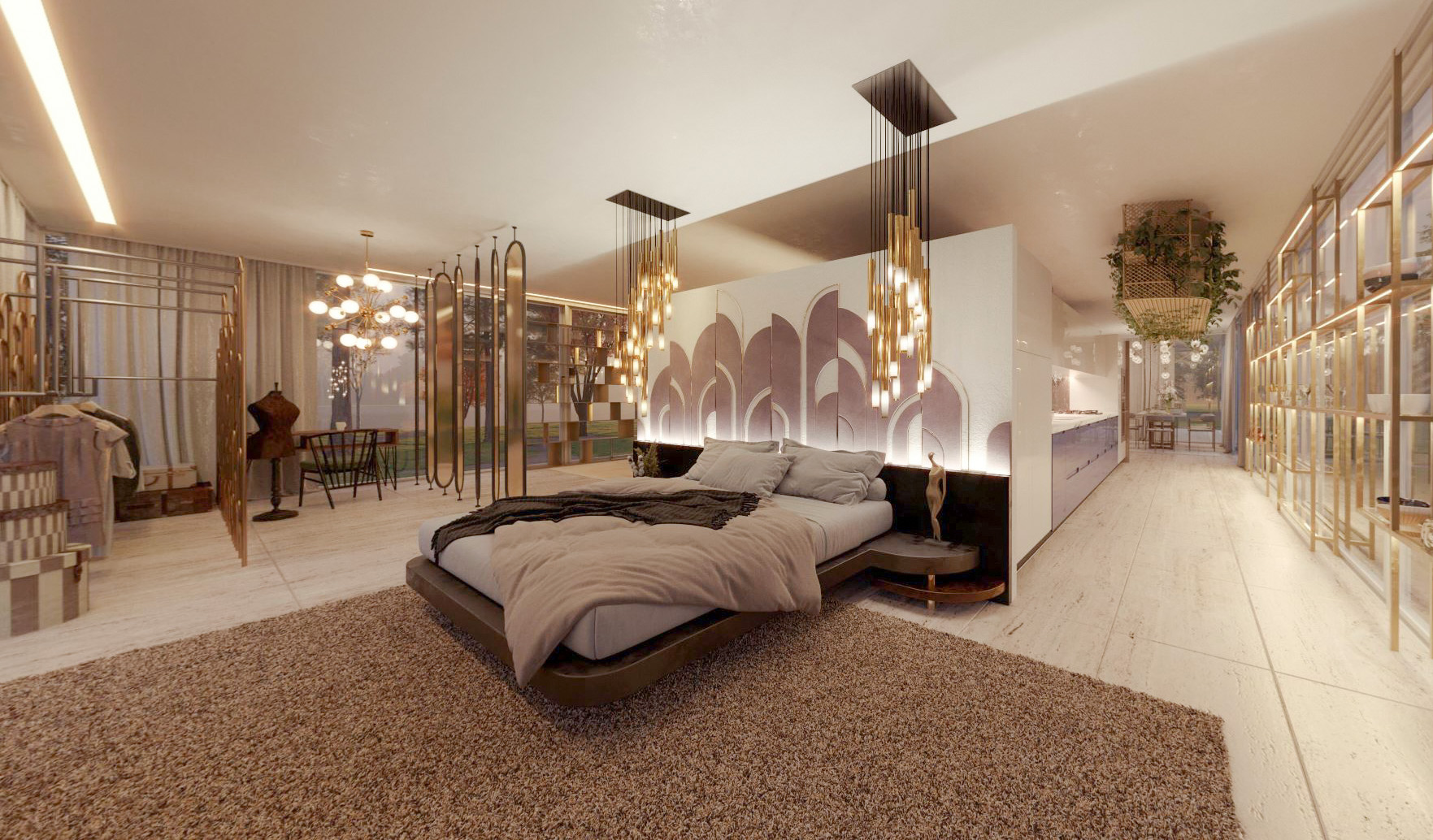 As a paragon of 20th-century Modernism, the Farnsworth House stands as a textbook case study for both designers and 3D artists alike. The simplicity of the scene serves as a classic spatial exercise that has inspired many recreations. Mies van der Rohe’s vision of free space offers a template for designers to build upon, allowing multiple disciplines to interpret the space with a variety of aesthetic approaches. To this end, we developed an art deco rendition to showcase our own interior design interests while exhibiting Mies’ idealist free space.

Architectural history, however, tends to end with a building’s occupation—and this was especially true for the retelling of this house’s story.

A lesser known aspect of this home is the distaste that its original owner, Edith Farnsworth, had for both its design process and its overwhelming popularity following completion. This was recently acknowledged by the National Trust for Historic Preservation in 2021, as they officially renamed the “Farnsworth House” to the “Edith Farnsworth House” to highlight her involvement and importance to the project’s legacy.

As a team of visual storytellers, we believe that Edith’s story deserves greater recognition. Drawing from Alex Beam’s book Broken Glass: Mies van der Rohe, Edith Farnsworth, and the Fight Over a Modernist Masterpiece (2020), we created a concurrent tour interpreting Edith Farnsworth’s lived experience with the home and the many problems she encountered.

We hope that this visual narrative exercise may offer a lesson in tempering grand visions with empathy, as it is so often in modern design that a project’s concept can overshadow human considerations. 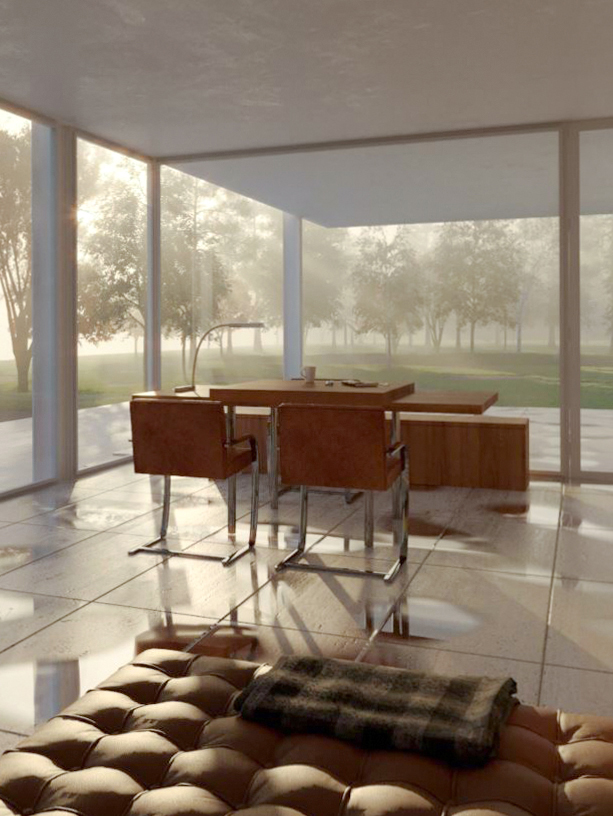 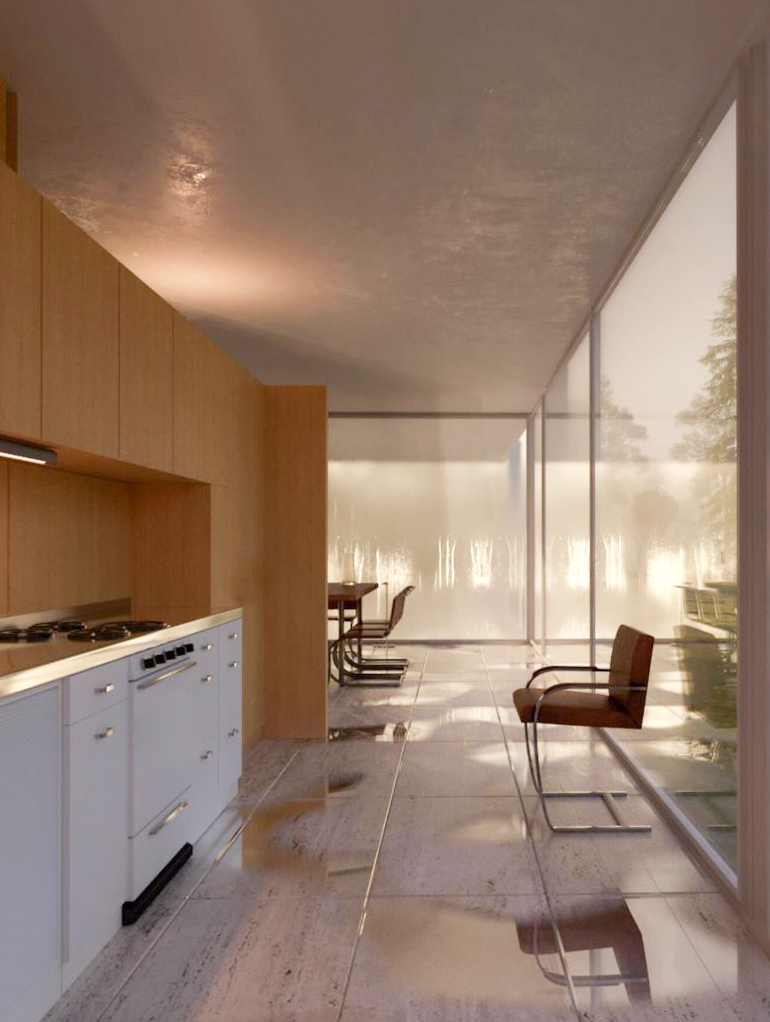 A lesser known aspect of this home is the distaste that its original owner, Edith Farnsworth, had for both its design process and its overwhelming popularity following completion.